New satellite data shows temperaturesare plunging downwards, despite NOAA and NASA using heavily jiggered data to show a global warming trend this century. Maintained by the RSS group from the University of Alabama/Huntsville and partially funded by NASA, it shows temperatures are heading toward pre-El Nino temperatures.

The previous El Nino began in 2015 and ended in 2016 and elevated worldwide temperatures for about 15 months. The satellite temperature record is important because it’s not affected by land and sea biases, such as concrete, the Urban Heat Island effect, missing data stations, and hotter cityscapes.

NOAA, however, uses land- and sea-based temperature stations that are prone to ‘overheating,’ have fewer rural temperature stations, and in many countries, have no data recording locations. NOAA’s dataset has been subjected to adjustments that have permeated other datasets across the world adopting the new data, with many unaware they tampered with the data. NASA called the satellite temperature record the “gold standard” until it started showing a global warming pause that began in 1998, after another strong El Nino.

The decrease is seen in the land only data. Data from the sea shows a decline but not as much. This is expected given the ocean’s thermal lag. Data from the RSS group that provides satellite temper…

Based on analysis done by Tony Heller at “Real Climate #Science,” the data that NOAA uses (and shares with NASA) is deviating from satellite temperatures at about 1.3 degrees per century. And further analysis done by Paul Homewood at “Not A Lot Of People Know That” shows how NASA has adjusted every temperature record in their database to show a false warming trend in Iceland and Greenland. That’s contrary to observed record ice growth in Greenland. 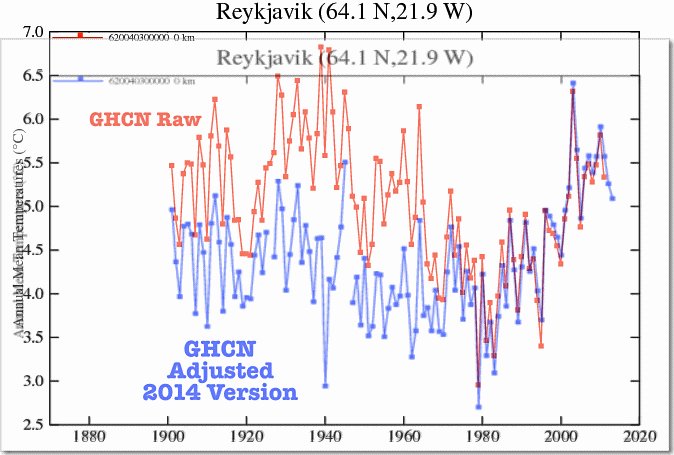