An EU source, speaking on condition of anonymity, said: “Of course this is a factor if not a fear – that where climate policies are concerned, Trump’s victory will probably make some parties feel empowered to start trying to reopen what has been agreed. If the US withdraws or starts demanding renegotiations, it is a possibility that some of the other parties will wake up and say ‘We have some pieces that we want to renegotiate as well’.”

Saudi Arabia has tried to obstruct informal meetings at the UN climate summit in Marrakech this week, and worries are rife that states which have not yet ratified the agreement could seek to slow action on carbon emissions. Trump has called global warming a hoax and promised to withdraw the US from the Paris accord. 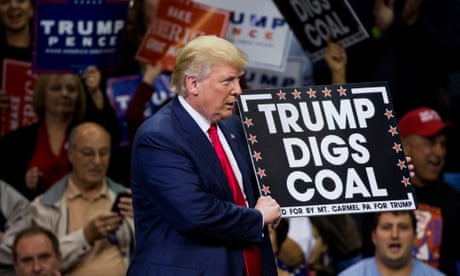