‘Never before seen’ spring snowfall in the Caribbean islands (Update: This article from the Dominca News Online was an April Fool’s joke. See: UPDATE: It Did Not Snow in Guadeloupe)

APRIL 3, 2016 – “No, it is not an April Fools Day joke, snowflakes actually fell in the neighbouring French island of Guadeloupe.”

DOMINICA NEWS ONLINE – No, it is not an April Fools Day joke, snowflakes actually fell in the neighbouring French island of Guadeloupe.

The event, described as ‘exceptional’ by French meteorologist Alain Museleque, took place on Thursday, March 31 in the municipality of St. Claude. Reports from French media indicate that a very fine snowfall blanketed the hills above the town.Museleque explained the extraordinary phenomenon on Guadeloupe Premiere TV. “We had a mass of clouds that arrived over St. Claude….  In the mass of clouds, we had the creation of some snowflakes which fell to the ground. This has never before been seen in Guadeloupe. This is an exceptional event that we will never forget.”
Eight inches of snow was recorded near Negaunee in northwestern Michigan, just over 7 inches fell in Wisconsin near Twin Lakes, and 5.5 inches of snow was seen in Minnesota near Leonidas Saturday as the storm swept through, according to The Weather Channel. Parts of Western Pennsylvania could see 8 to 10 inches.
# 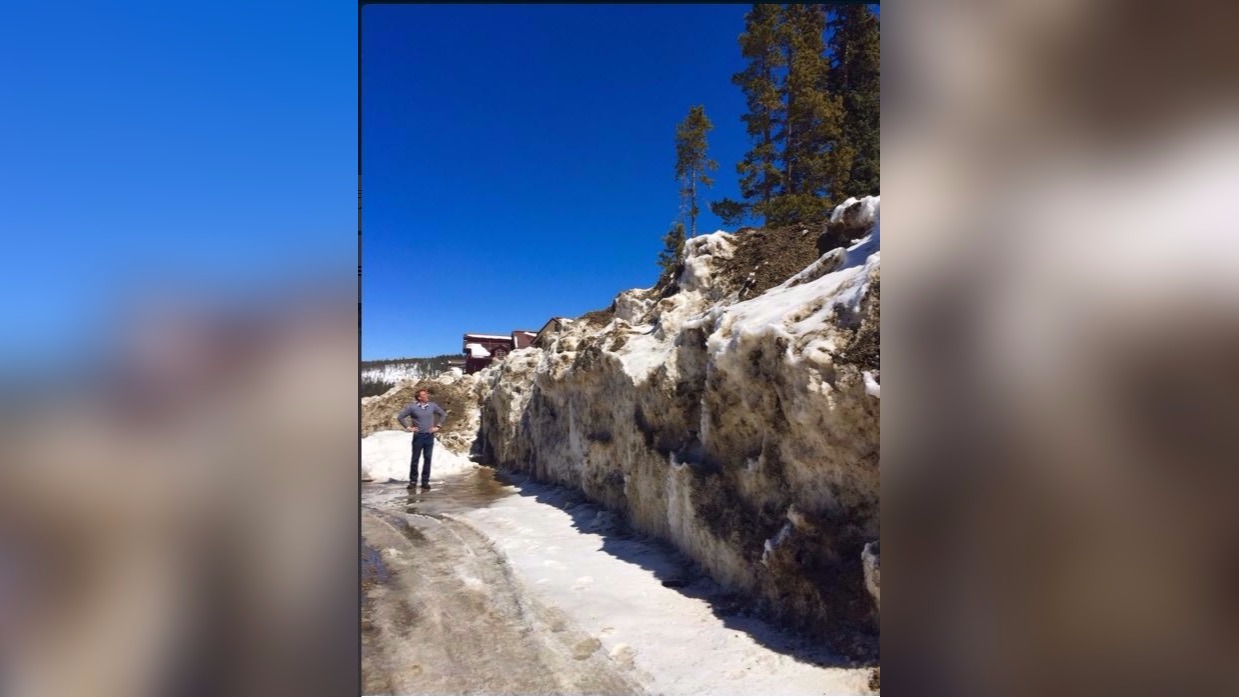 “Wow! Low and behold 101 inches for the month is extraordinary,”’ said Hurlbert.That’s almost 8½.5 feet (2.5 meters) – in just the month of March.I thought Colorado ski resorts were supposed to be out of business by now. Instead, they get one of the biggest March snowfall amounts on record.
#

APRIL 2, 2016 – Many drivers had already mounted their summer tires – Snowplow in continuous use.

In Alsfeld a truck slid into two stopped trucks, fully blocking the road towards Frankfurt.

In Fulda county firefighters numerous overturned trees of many roads had to move because of the new snow and strong wind gusts.

In Thuringia, the A73 and A71 had to be partially closed because trucks were crosswise on the road or overturned. Also on all of A4 and parts of the A9 there were problems caused by the snow. According to the highway patrol, many cars were skidding because they had already installed summer tires.