With welcoming remarks by Congressman Lamar Smith (R-TX), Chairman of the House Science, Space and Technology Committee and headlined by Gov. Sarah Palin, the panel will be taped and shown during the national theater event. The discussion will be moderated by Brent Bozell, Founder and President of the Media Research Center, and will also include other notable experts including respected climatologist Dr. David Legates and a special video appearance by Emmy Award-winning educator Bill Nye the Science Guy. 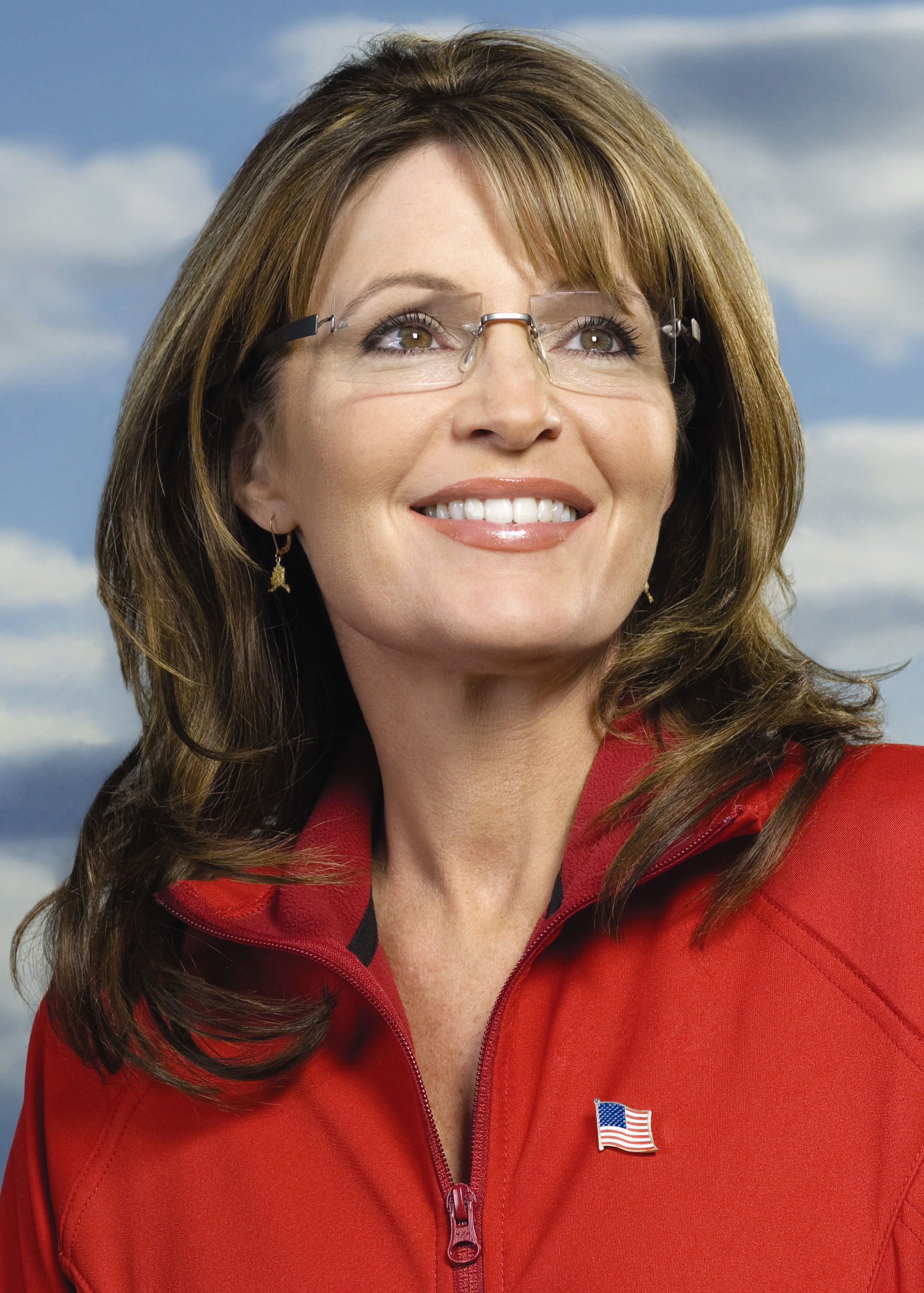 (March 31, 2016) The U.S. premiere of CFACT’s groundbreaking new documentary, Climate Hustle will take place at a Capitol Hill briefing in the historic Rayburn Office Building, including a riveting panel discussion on climate change featuring Gov. Sarah Palin and other notable guests. The invitation-only briefing and panel discussion will be held on April 14, 2016 from 4 to 6 p.m. The event comes just a week prior to the opening for signature of the U.N. Paris Agreement on climate change on Earth Day (April 22), and just a short time before Climate Hustle is seen in select U.S. cinemas for a one-night presentation by Fathom Events and SpectiCast on May 2, 2016 at 7:00 p.m. local time.

With welcoming remarks by Congressman Lamar Smith (R-TX), Chairman of the House Science, Space and Technology Committee and headlined by Gov. Sarah Palin (2008 Republican Vice Presidential Candidate; 9th Governor of Alaska), the panel will be taped and shown during the national theater event. The discussion will be moderated by Brent Bozell, Founder and President of the Media Research Center, and will also include other notable experts including respected climatologist Dr. David Legates and a special video appearance by Emmy Award-winning educator Bill Nye the Science Guy. The panel will further examine some of the science, politics, and media coverage of the climate issue, and go far toward helping debunk much of the alarmism and hype exposed in the Climate Hustle film.

David Rothbard, Executive Producer of the film and President of CFACT, said “We are honored to be having Climate Hustle’s U.S. premiere take place on Capitol Hill, and are excited to be bringing the film to life with a provocative discussion featuring some of the biggest names in the climate debate.”

Climate Hustle presented by CFACT and CDR Communications, in partnership with Event Cinema provider SpectiCast, will be seen nationwide in a one-night engagement in select cinemas that debunks the myths and hype about man-made global warming in an informative and entertaining style. The film examines the question of whether there is a genuine scientific consensus about alleged man-made global warming and features more than 30 scientists and experts.

Sarah Palin was elected Governor of Alaska in 2006 following work in journalism and public service as a Mayor/City Manager, and an Oil & Gas Commissioner. In 2008 she made history as the first woman nominated by the Republican Party for national office. Palin has been a successful television host & commentator, international speaker, three times New York Times best-selling author, and star of the Mark Burnett produced, “Sarah Palin’s Alaska” on TLC. She has sold more than 3.5 million books and has more than 5.8 million followers on social media. Palin is one the Smithsonian Institute’s 100 Most Influential Americans of All Time, twice listed among Time magazine’s Most Influential People in the World, Forbes 100 Most Powerful Women, NEWSMAX’s 100 most influential advocates, and twice one of Barbara Walters’ 10 Most Fascinating People.

Lamar Smith is the U.S. Representative for Texas’s 21st congressional district. Under Smith’s leadership the House Science, Space and Technology Committee has held hearings that have critically examined global warming.

Brent Bozell is a nationally recognized conservative writer and activist who founded the Media Research Center, CNSNews.com and ForAmerica. Bozell serves on numerous conservative boards and has a nationally syndicated column by Creator’s Syndicate.

His work has appeared in publications including The Wall Street Journal, The Washington Post, The New York Post, The Los Angeles Times and National Review.

David Russell Legates is a Climatologist, a Professor at the University of Delaware, and the former Delaware State Climatologist. Legates has authored or coauthored more than 75 peer-reviewed scientific studies, more than 30 book chapters, monographs, communications and reports, and has served on the editorial board of six different professional journals. He has spoken openly in opposition to the extremist view of man-made climate change claims posited by the United Nations.

Climate Hustle will be shown as a one-night event on May 2, 2016 in select cinemas nationwide. For locations and tickets (available Friday, April 1, 2016) and more information visit www.ClimateHustle.com.

About CFACT and CDR Communications:

CDR Communications, Inc. is an award-winning media production firm founded in 1984 and based in Northern Virginia. CDR has produced thousands of products over the years, one of the latest being the feature film, “For the Glory,” which is currently being distributed around the world. CDR’s professional staff works with high-end motion graphics, animation, music, and celebrity talent in order to effectively and creatively touch audiences.
About SpectiCast:

SpectiCast is one of the fastest growing producers, financiers, distributors and marketers of Event Cinema worldwide. It has distributed over 400 programs to screens around the globe and has brought original world class programming to audiences on nearly five thousand screens in 67 countries.  It has distributed programs from some of the world’s most prestigious cultural arts organizations and leading entertainment companies including the Opera de Paris, The Vatican Museums, The Royal Albert Hall, The Salzburg Festival, The Paris Opera Ballet, the Mariinsky Theatre, the British Museum, the Philadelphia Orchestra, Universal Music, Sony Music, and EagleRock Entertainment – featuring works by Shakespeare and Shaw, Beethoven and Bach, da Vinci and Dalì, Sondheim and Satriani – with performances by Mikhail Baryshnikov, Renée Fleming, Christopher Plummer, Paul McCartney, Drake, Aerosmith and The Rolling Stones just to name a few.

SpectiCast is a privately owned and operated firm based in Philadelphia, PA. It also maintains offices in Pittsburgh, PA, Mexico City, MX and London UK.

Fathom Events is the event cinema distribution arm of AMC Entertainment Inc. (NYSE: AMC), Cinemark Holdings, Inc. (NYSE: CNK) and Regal Entertainment Group (NYSE: RGC) (known collectively as AC JV, LLC), the three largest movie theater circuits in the U.S., and is recognized as the leading distributor of alternative content. It offers a variety of one-of-a-kind entertainment events in movie theaters nationwide that include live, high-definition performances of the Metropolitan Opera, dance and theatre productions such as the Bolshoi Ballet and National Theatre Live’s Hamlet, sporting events like FS1 Presents USA v Mexico, concerts with Roger Waters and One Direction, the TCM Presents classic film series and faith-based events such as The Drop Box and Four Blood Moons. Fathom Events also takes audiences behind the scenes and offers unique extras including audience Q&As, backstage footage and interviews with cast and crew, creating the ultimate VIP experience. In addition, Fathom Events’ live digital broadcast network (“DBN”) is the largest cinema broadcast network in North America, bringing live and pre-recorded events to 875 locations in 179 Designated Market Areas® (including all of the top 50). For more information, visit www.fathomevents.com.