Would a 1930s UN climate treaty have prevented Hitler & Mussolini?! (This is so confusing, also see: 'DID GLOBAL WARMING SAVE HITLER?')

1941 claim: 'Increasingly warmer temperatures throughout the world may produce a  trend toward dictatorial governments'

1941 claim: 'The rise to power of Adolf Hitler in Germany and Benito Mussolini in Italy may be due in part to the gradually warming temperature of the world.'

1941 claim: 'People are more docile and easily led in warm weather than in cold' UP: 'Increasingly warmer temperatures throughout the world may produce a  trend toward dictatorial governments, in the opinion of Dr. Clarence A. Mills, professor of experimental medicine at the University of Cincinnati.

In fact, Dr. Mills believes that the rise to power of Adolf Hitler in Germany and Benito Mussolini in Italy may be due in part to the gradually warming temperature of the world.  People are more docile and easily led in warm weather than in cold, Dr. Mills insists.

Dr. Mills is author of a theory that climate has a marked effect on human growth, stature, sex development and disease resistance."

Dr. Mills was a professor of experimental medicine at the University of Cincinnati. He was the author of more than eighty articles in scientific journals and of three books, ‘Living With the Weather’, ‘Medical Climatology’, and ‘Climate Makes the Man.’

From Wikipedia: Hitler would have been killed had any of the three other scenarios occurred:
* both bombs detonated;
* the meeting was held inside Hitler’s bunker;
* the briefcase was not moved. 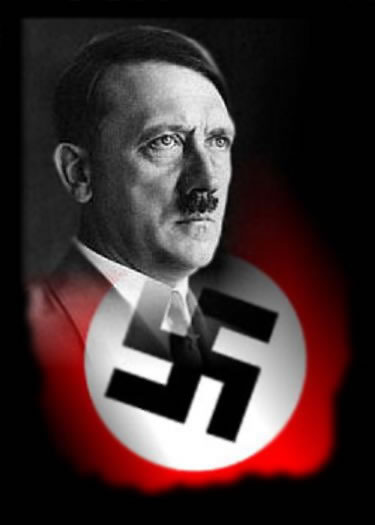 In 1974, the CIA said that global cooling at 330 PPM CO2 caused drought and political instability. Flashback 1941: War Caused Weather Extremes And Global Weirding! ‘The ancient belief that years of war tend to bring abnormal vagaries In the weather’ – 1941: ‘There have been remarkable extremes ot weather since the war began, and these have continued all through the year. The spring was one of the bleakest on record, and summer began in the same way. The first 10 days of June yielded 131 hours of sunshine, which is the ordinary ‘allowance’ for January. Then a drought and heat of an unusual character occurred suddenly, with temps up to 94 degrees in London’

Flashback 1923: ‘WINTERS ARE WARMER…extremes of cold in winter no longer occur as they did in years gone by’

PRINCE CHARLES: ‘Climate change’ root cause of Syrian war: The prince said in an interview with Sky News, to be aired on Monday and recorded before the Nov. 13 attacks in Paris, that such symptoms were a “classic case of not dealing with the problem”. “Some of us were saying 20 something years ago that if we didn’t tackle these issues, you would see ever greater conflict over scarce resources and ever greater difficulties over drought, and the accumulating effect of climate change which means that people have to move,” he said.

Reality Check: Scientists reject notion that human-caused climate change led to war in Syria – ‘Human-influenced climate change impact on the drought conditions was almost certainly too small to have mattered’

2014 Study: ‘The humanitarian crisis of the late 2000s largely predated the drought period.‘ – ‘Focusing on external factors like drought and climate change in the context of the Syrian uprising is counterproductive as it diverts attention from more fundamental political and economic motives behind the protests and shifts responsibility away from the Syrian government.’

‘For The Last Time, No, The Syrian Crisis Was Not Caused By Climate Change’

Warmist Scientist David Brin on climate skeptics: ‘It is a putsch by the same Junkers feudal caste that foisted Hitler on the German people’

Flashback: Climate skeptics like Nazi appeasers: ‘Skepticism smacks of 1930s-style appeasement: Hide under the blankets and it will go away’

Warmist Mike Roddy Compares Climate Depot to Hitler: ‘The scary thing is the size of [Morano’s] audience, even if it only reflects the views of about a third of Americans…’ ‘…Unfortunately, that popularity rating turned out to be enough for Hitler. After all, these kinds of people have lots of guns.’ — Hopes Morano becomes an alcoholic [As posted on Joe Romm’s website]

Washington Times Features Climate Depot: Morano: It is ‘nothing short of bonkers to think that a U.N. climate summit could help reduce terrorism’

Morano: ‘No one seriously believes the Middle East was a peaceful place when CO2 was below 350ppm’