New Yorker: ‘Why a UN Climate Deal Is the Best Hope for Peace’ – Warns of ‘climate-fuelled violence and migration’

Paris 'should be considered not just a UN climate summit but a peace conference—perhaps the most significant peace convocation in history.'

Warmists Jason Box & Naomi Klein in New Yorker mag.: 'A climate summit taking place against the backdrop of climate-fuelled violence and migration can only be relevant if its central goal is the creation of conditions for lasting peace. That would mean making legally enforceable commitments to leave the vast majority of known fossil-fuel reserves in the ground.'

'As the author and energy expert Michael T. Klare argued weeks before the attacks, Paris “should be considered not just a climate summit but a peace conference—perhaps the most significant peace convocation in history.” But it can only do that if the agreement builds a carbon-safe economy fast enough to tangibly improve lives in the here and now. We are finally starting to recognize that climate change leads to wars and economic ruin. It’s time to recognize that intelligent climate policy is fundamental to lasting peace and economic justice.' 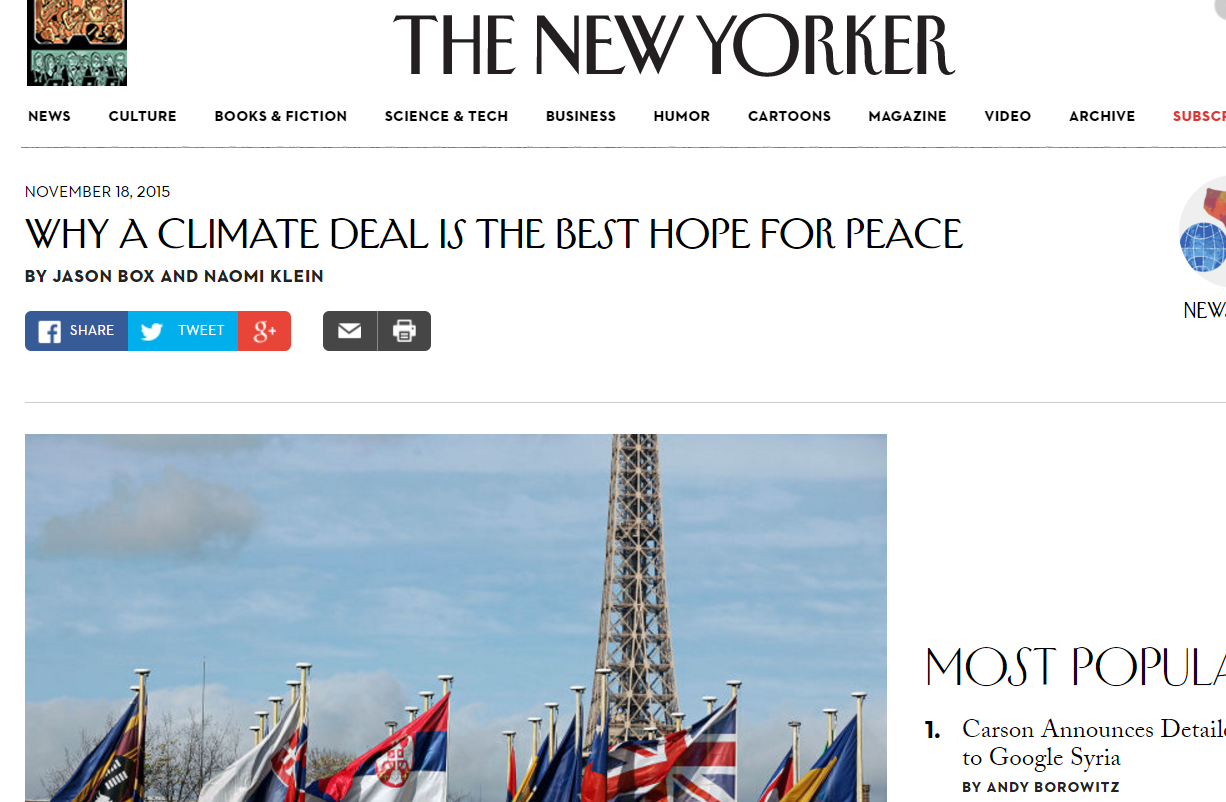