Princeton Physicist Dr. Will Happer: Man-made global warming is ‘a house of cards’ – A ‘truly a mad issue’

“This is truly a mad issue,” Happer told the crowd of several hundred at the global warming skeptic conference in Washington DC on Thursday night. The event was sponsored by the Heartland Institute. Happer has authored more than 200 peer-reviewed scientific studies.

“Carbon dioxide is not a pollutant, nor will it cause catastrophic global warming,” Happer explained to the audience at the The Tenth International Conference on Climate Change (#ICCC10).

“This whole climate scare is a house of cards,” Happer said. 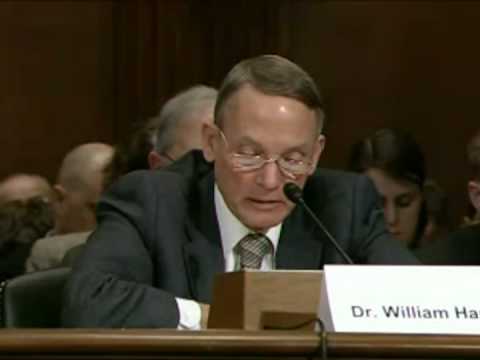 “The social cost of carbon is probably negative. There is no social cost of carbon,” he added. Happer has previously testified to the U.S. Congress. See: Flashback 2009: Will Happer Tells Congress: Earth in ‘CO2 Famine’ — ‘The increase of CO2 is not a cause for alarm and will be good for mankind’ — ‘Children should not be force-fed propaganda, masquerading as science’

Earlier in the day, Atmospheric Physicist Dr. Fred Singer told the summit that the effect of CO2 emissions on climate is “negligible, not important” but very beneficial for agriculture.

“Everyone is going to ride the pope now. Isn’t that wonderful,” Inhofe told reporters. “The pope ought to stay with his job, and we’ll stay with ours.”

Princeton Physicist Dr. Will Happer on AGW: ‘Data has been manipulated, honest scientific debate has been stifled, educational institutions have been turned into brain-washing centers for the cause’

Princeton Physicist Dr. Will Happer: ‘The incredible list of supposed horrors that increasing CO2 will bring the world is pure belief disguised as science’