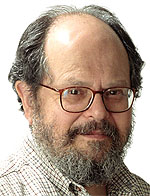 “Climate change is of course real; change being the normal state of affairs in climate Climate change has caused catastrophic problems on occasion throughout the earth’s history While man may have contributed somewhat to climate change in recent years, his contribution to the above is highly questionable, and continues to be debated.

Moreover, the incidence of severe events shows no particular deviation from historical expectations. Attempts to claim otherwise represent an attempt to hijack science for political purposes. In the case of Bernie Sanders, a socialist, he is undoubtedly dreaming about nationalizing the energy industry.

For the US Senate to accept guidance from Sanders’ bizarre dreams is ludicrous.”

U.S. Senate to vote on: ‘Climate change has already caused devastating problems in the U.S. and around the world’ – The Sanders amendment takes direct aim at Republican climate change deniers:

U.S. Senate to vote on whether ‘climate change is happening’ – The Sanders measure asks whether lawmakers agree with the overwhelming consensus of scientists who say climate change is impacting the planet and is worsened by human-caused greenhouse gas emissions.