UK Energy Minister Baroness Sandip Verma: 'It may have slowed down, but that is a good thing. It could well be that some of the measures we are taking today is helping that to occur.'

'Warming may have decreased, which could support the effectiveness of green policies'

Rebuttal: Baroness Verma In Wonderland: 'What has she been smoking to imagine that the UK’s reduction of 16 million tonnes can have had the slightest effect on climate, when the Rest of the World has increased their emissions by 68 times as much?' 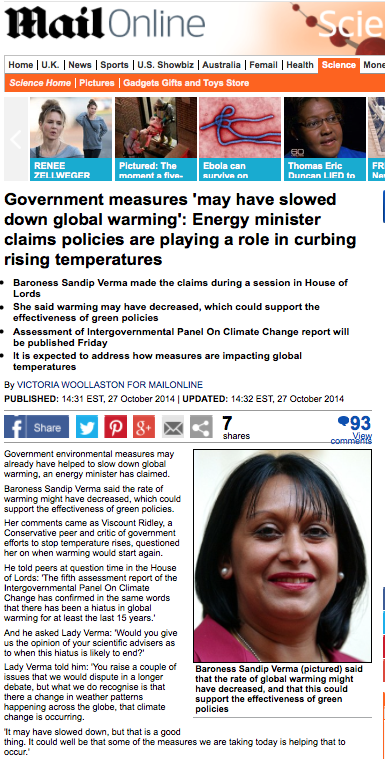