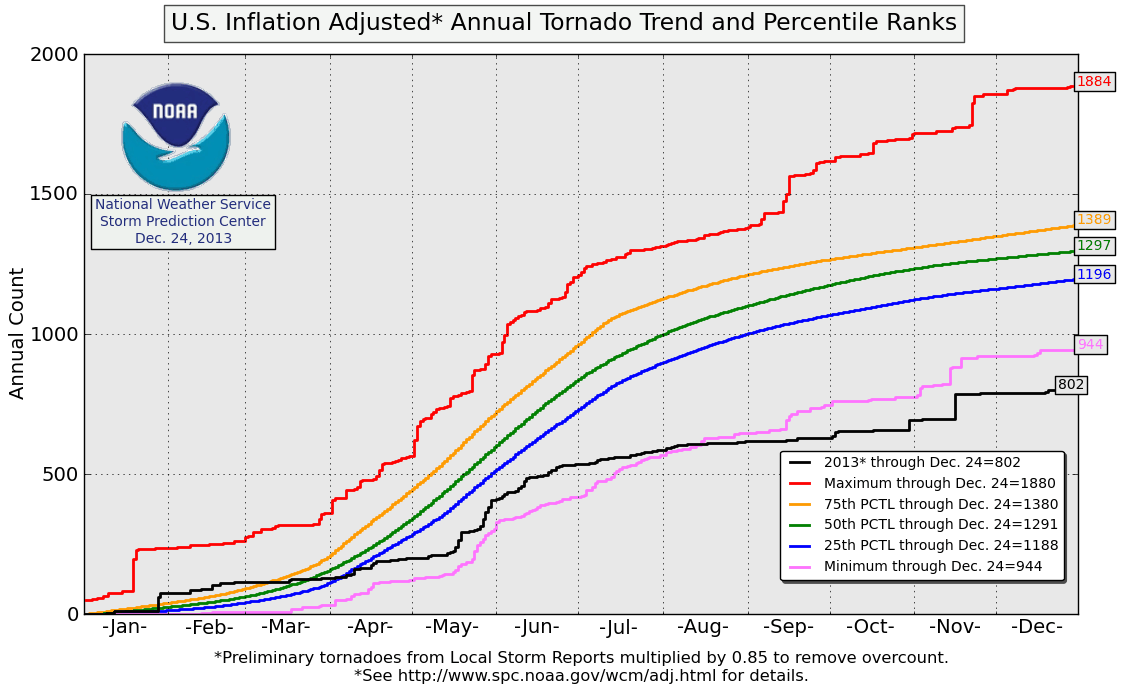 ‘Whether you’re talking about tornadoes, wildfires, extreme heat or hurricanes, the good news is that weather-related disasters in the US are all way down this year compared to recent years and, in some cases, down to historically low levels.’

Extreme Heat: The number of 100 degree days may ‘turn out to be the lowest in about 100 years of records’

Hurricanes: ‘We are currently in the longest period (8 years) since the Civil War Era without a major hurricane strike in the US (i.e., category 3, 4 or 5)’ ( last major hurricane to strike the US was Hurricane Wilma in 2005)

The latest data show both tornadoes and now wildfires in dramatic decline. 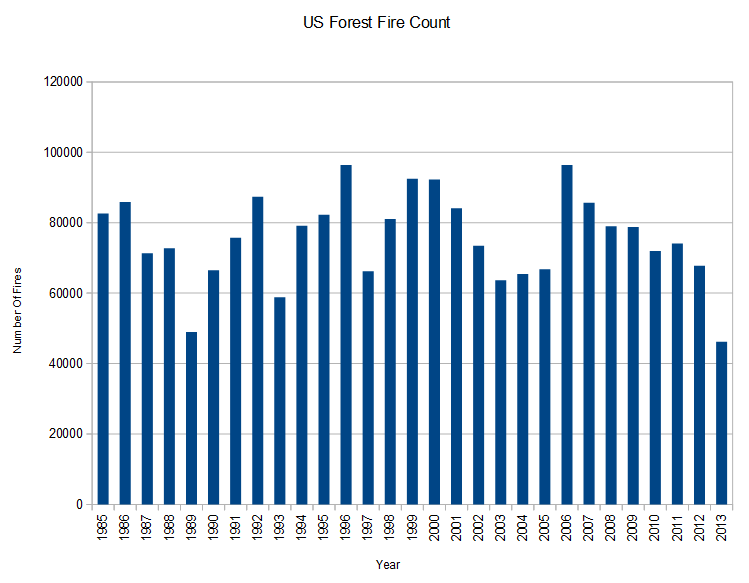 Morano: ‘Global warming promoters have essentially said many bad things will happen due to global warming and guess what, bad things happen all the time so there is no end to their alleged ‘proof’ of global warming induced extreme weather. Any weather event anywhere on the globe. and say ‘well global warming made it worse’ – ‘We have Sen. Barbara Boxer, head of our Senate environmental committee, go down to the senate floor on the day we had an outbreak of tornadoes in Oklahoma and claim this is why she advocates a carbon tax. As though a carbon tax would have prevented these tornadoes! This is medieval witchcraft in modern times.’ – ‘You almost feel sorry for warmists,. but it is the holiday season, so let’s be charitable to them and say they are just flat out wrong.’

LA Times: ‘US wildfire burn acreage far below average’ – ‘Among the quietest of the past decade’ – ‘A wildfire season that began with dire warnings that dry conditions had set the stage for a year of flames across California and the West turned out to be among the quietest of the past decade. Although 2013 was marked by two high-profile blazes, one in California and the other in Arizona, nationally the total wildfire acreage, 4.15 million, is far below the 10-year average of 6.8 million acres.’