Zoologist Dr. Susan J. Crockford:  'It’s pretty clear to me that this poor bear did not die of climate change: he was simply used as a prop for the message that activist polar bear biologists want to convey' 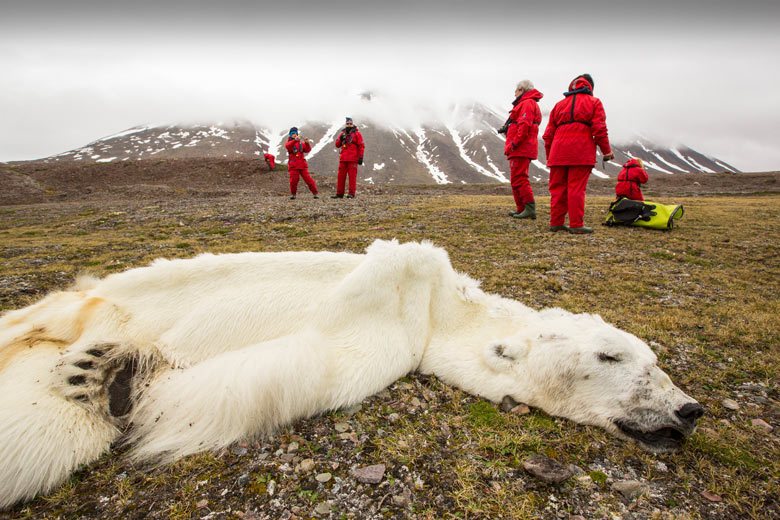 Svalbard, from Google maps, for orienting the ice maps below.
Sea ice conditions were as bad in 2006 (at July 15), above, as they were this year. In 1985, below, they were almost as bad. But in 2008 (further below), they were much better. Cryosphere Today, University of Illinois.

References [more at the links to related stories cited above]
Stirling, I. 2011. Polar Bears: The Natural History of a Threatened Species. Fitzhenry & Whiteside, Markham.
Stirling, I. and Lunn, N.J. 1997. Environmental fluctuations in arctic marine ecosystems as reflected by variability in reproduction of polar bears and ringed seals. In Ecology of Arctic Environments, Woodin, S.J. and Marquiss, M. (eds), pg. 167-181. Blackwell Science, UK.